The Dutch prehistorian and theologian Dr. Annet Nieuwhof was honoured on 20 March, 2017 with the Kiel Johanna Mestorf Award for her outstanding PhD thesis in the fields of human-environmental research and landscape archaeology. 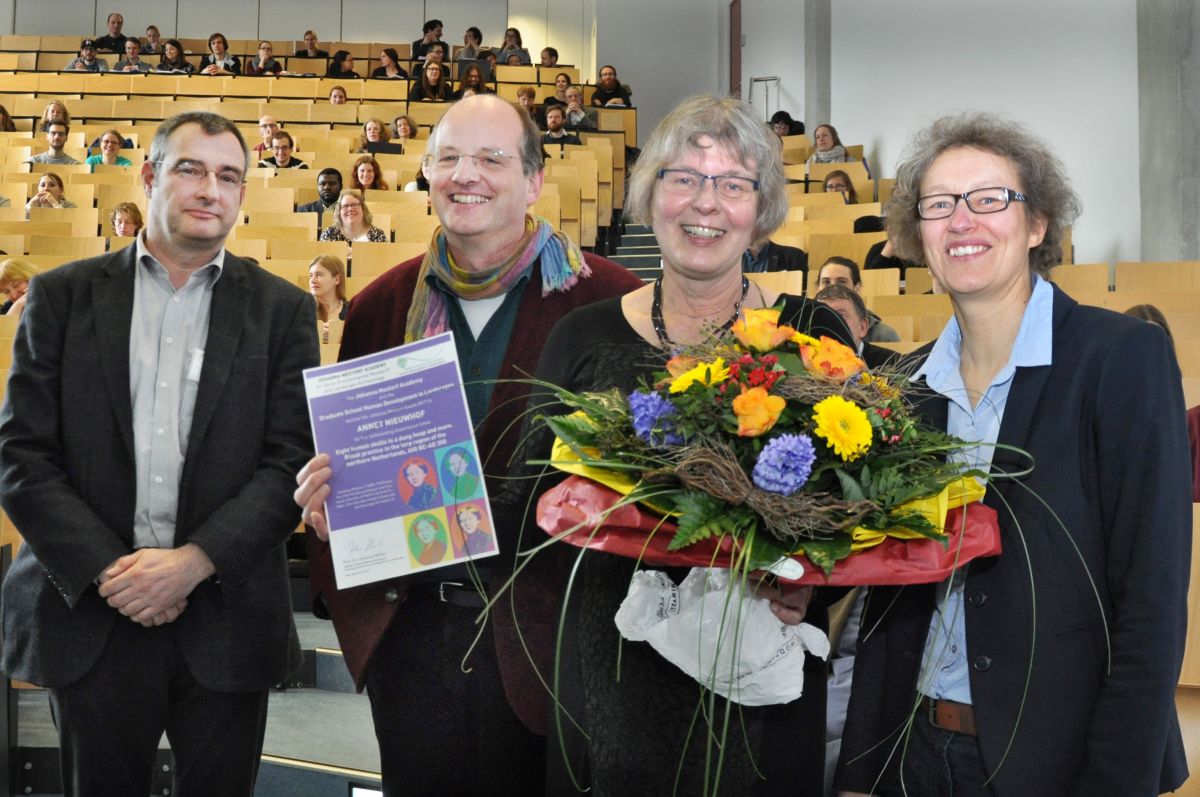 Nieuwhof received the prize that is endowed with 3.000 € from the hands of Kiel University Vice President Prof. Dr. Ilka Parchmann for her work on “Eight Human Skulls in a Dung Heap and More: Ritual Practice in the Terp Region of the Northern Netherlands 600 BC – 300 AD”. The award was established by the Johanna Mestorf Academy and the Graduate School Human Development in Landscapes at Kiel University in 2013. 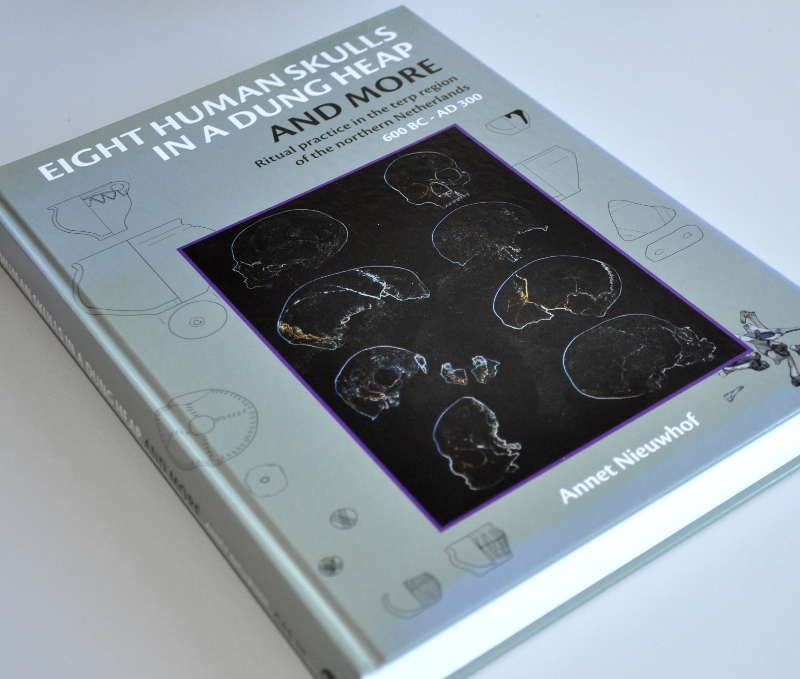 In her outstanding dissertation, Annet Nieuwhof bridges the gap between archaeological theory and practice.

In his laudation, Dr. Oliver Nakoinz praised Annet Nieuwhof’s dissertation:”It is not only a methodologically sound case study with a successful combination of theory and practice but also provides science the analytical tools in order to be able to identify ritual actions. For this, Nieuwhof certainly profited from the fact that she did not only study archaeology but also theology”.

Annet Nieuwhof investigates the settlement history and the material culture of the coastal region of the Northern Netherlands. Nieuwhof was born in 1956 and studied theology and religion from 1979–1988. From 1997–2001, she laid the foundation for her second academic career with her studies in archaeology at the Free University of Amsterdam and the University of Groningen. In 2015, she completed her doctorate, which has now been honoured in Kiel.

The Johanna Mestorf Award is named after the first female professor of Prussia. Johanna Mestorf (b. 1828 in Bramstedt/Holstein; d. 1909 in Kiel) had a significant impact on archaeological research. Beginning in 1868, she worked for the Museum of National Antiquities in Kiel. The award, which has been endowed in her name, is being granted this year for the third time. In 2015, the prize was awarded to the prehistorian Silvia Balatti, who completed her PhD in Kiel; in 2013, the classical archaeologist Sabine Neumann (Munich) shared the award with the anthropologist Katherine Mary Grillo (USA).